The German philosopher Friedrich Nietzsche (1844-1900) is best known for having said that God is dead. Our literalist minds would take him as meaning that God had been a living being and had ceased to live. Did he not mean that the idea of God was dead in the minds of people living in the nineteenth century? The point could be debated, and I have not gone into any real study of Nietzsche’s writings. 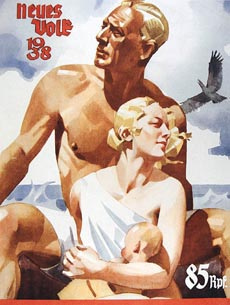 Nietzsche found a world that was very much like our own. The industrial revolution brought secularism and wealth despite the various revivals of reactionary Christianity. For Nietzsche, it was no longer possible to believe in God. Therefore in a way, God died. But, what Nietzsche was most known for was his influence on the Nazi ideology with his idea of the Ubermensch – the super man or Hitler’s Aryan “master race”. This ideology is very deeply rooted in our culture and we are not even aware of it. We admire strength and hyper-masculinity, achievements and conquest. Our culture is built on admiration on the great heroes of history, the great sportsmen of our day and celebrities. It all falls in with Darwin’s survival of the fittest and the notion of evolution. Yet, this worship of strength reveals a lack of compassion. Christianity is a religion of a man who failed, and died by being executed at the behest of his own people by the occupying Roman military dictatorship. Since those far off days, Christ has been made into a King, who through the Church conquers and succeeds in the world.

Dostoyevsky found in compassion and pity the bedrock of Christianity, but Nietzsche could not abide the notion of pity because it depressed him. I read somewhere that Hitler wrote in Mein Kampf words to the effect of saying that pity for the weak makes us weak ourselves, and this is bad. Strength is right, and there can be no pity. The SS followed these words to the letter as they gassed, shot and worked to death millions of European men, women and children. Only one thing mattered for Nietzsche, the will to power. The will is everything, as we would also find in Nazism. Empathy was to be despised as weakness.

Jesus preached disinterested and altruistic love, compassion and pity, sympathy for the weak and self-sacrifice for those who need help. Nietzsche refused this notion. Instead of serving the weak, we have to cultivate our strength through will power.

There is a Christian theology of strength, recapitulatio as it was called by some of the Church Fathers. Redemption in Christ is the recapitulation or restoration of the weak in this world. The victory of Christ over death is the key to Christianity. The ultimate empathy of Christ is the source of life and new creation.

Nietzsche was not all wrong or diabolical. He was sensitive to the incoherence of “church” Christianity. The Gospel speaks of good news, whilst Christians are preoccupied with judgement and hell. The faces of Christians did not have the appearance of the Redeemed. This man was hailed as a forerunner of postmodernism in his saying “there is no truth, only interpretation”, and I notice many reactionary Christians following this same thought. Christianity cannot be weak but strong to fight against its enemies and hostile ideologies. Round up the heretics and burn the lot of them! Many comments in the blogs reveal this fundamental attitude.

Now seems to be the time of the kenosis of Christianity, its humiliation and humbling, so that we can begin to empathise with the weak and the “screwed-up” of this life – as a priest who sometimes contributes comments here would say. Perhaps I go through a phase of life not unlike European Christians in the wake of World War II and Vatican II, seeking to express our faith in weakness and poverty. I have criticised “modernism” and “progressivism”, and indeed much of it is a dissimulated form of reactionary ideologies – itself using and worshipping strength. There were some wonderful intuitions in the 1960’s that got crushed out by new forms of the superman ideology!

Let us think about these things carefully. We are not going to eradicate atheism or heresy or immorality. Perhaps we can fight against crime by joining the police or becoming judges or public prosecutors. If you are American, you can apply for the job of the man who kills people by pushing a button to send a deadly current of electricity or doses of poisonous drugs! Those are the people public authorities put into place to put checks and balances in the way of the more anti-social abuses of human freedom. The Church no longer has the support of the secular arm to repress atheism and heresy in the same way as thieves and murderers. So therefore, the Church shares the human weakness and self-emptying of Christ. And so, the Church suffers its passion. 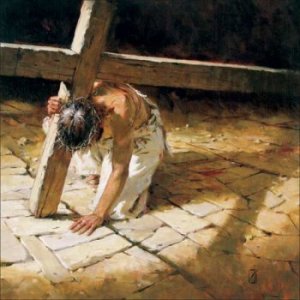 The more I go on in life, the more I realise that the Church will not be rebuilt by Popes, Crusades, Inquisitions, right-wing political juntas or the like – but by the invisible prayers of the poor, the sick, the screwed-up, the marginalised, the bereaved and so many more of that suffering humanity that goes to Jesus, “Let me see”, Let me walk”, “Let me be rid of that demon that torments me day and night”. And he says to each of us “Go and sin no more, your faith has healed you”. Then our healing only brings us to greater humility and an inner strength we have not sought for ourselves…

This entry was posted in Uncategorized and tagged Philosophy, Spirituality. Bookmark the permalink.

5 Responses to Nietzsche, Christianity and Weakness