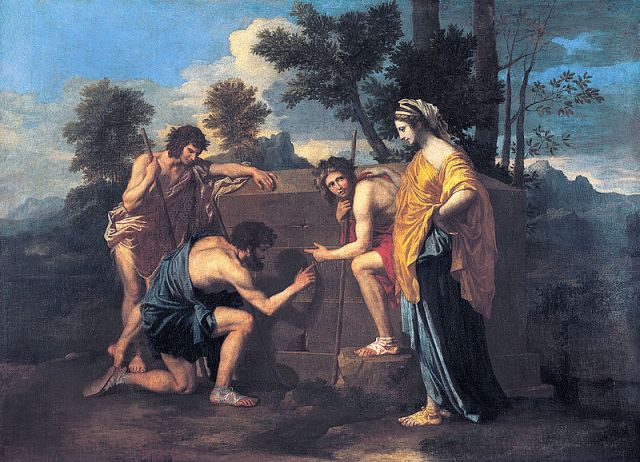 This is the title of the opening section of Evelyn’s Waugh’s Brideshead Revisited, a description of the life of an undergraduate at Oxford University in the 1920’s and his friendship with an aristocratic family with no financial worries. I see the parallel with the title Paradise Regained, and perhaps this might have been in Waugh’s mind as a man of literature. I follow on from my articles The Invisible Empire of Romantia and The Dream of Non-Papal Catholicism. Naturally, I pass off Romantia as a big overgrown schoolboy’s joke, but underneath, there is a strong element of nostalgia. It is no less than the Paradise Lost of John Milton or Thomas More’s Utopia. The longing for Utopia is part of our human soul.

The Romantic Ladies are not the only ones to have come up with a perfect romanticised world of the past, which in their case in situated in one of my own favourite periods between something like 1890 up to World War I. If you had money and came from a good home, those were the days of imagination and the heyday of Arts & Crafts. All around me here in Normandy, especially at the coastal resorts, the houses of the wealthy (or at least reasonably well-to-do) from that period are all in a fantasist Anglo-Normand style. They are head-turners as you drive past. 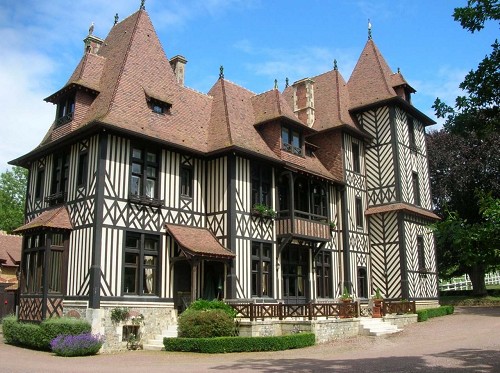 It is interesting to find various articles on this theme. One of the most impressive archetypes is Arcadia (Ἀρκαδία), a vision of man living in harmony with nature. It is a theme found in Romanticism, in its art and poetry in the early nineteenth century. Unlike the utopianism of the murderous twentieth-century ideologies, Arcadia remained for most a dream, a lost paradise. Inherent is the notion of the lost golden age corrupted by modernity.

One of my readers rightly drew my attention to a novel called Islandia by Austin Tappan Wright. This is a fantasy that can strike at the hearts of all of us. Unlike Tolkein’s The Lord of the Rings, Islandia is not magical, but simply a traditional civilisation. We could think of Tibet of before the moment the Chinese Communists got their hands on it. Our childhood is filled with the notion of good magic, fairy tales and impossible wonders. Jules Verne was the one who did it for me. Today’s kids go for Harry Potter, condemned as dangerous by conservative Christians, but a character able to fire imaginations. We need it – and this is why we have cinema and fictional novels. Imagine a part of the world yet undisturbed by modernity where the people live entirely according to traditional principles. When I first came to France, I imagined finding a diocese that would have been untouched by the Vatican II reforms, yet without the ideology of the traditionalist groups. See Fr Bryan Houghton’s Mitre and Crook, the story about a diocesan bishop who resisted and kept everything traditional. Fr Houghton was an Englishman who expatriated to France, as was Fr Quintin Montgomery-Wright. To an extent, I found it, but in a few parishes with an old priest who had stuck up for himself against a reforming bishop. Those brave priests have now all passed away, and some of the parishes are now in the hands of traditionalist priestly societies, and other churches have shining new padlocks on their doors, left to fall into ruin.

And so, Romantia – or the “Platonic Church” – is a deep instinct in many of us, certainly in me. My whole life has been dedicated to finding the best compromise possible between the inescapable “reality” of modernity and the inner quest for innocence and blessedness. I opted for country living and discovered the joy of being at sea in a sailing boat. I don’t think utopianism is unhealthy if we have a fair grasp of our relationship and willingness to compromise with the “real” world. It is modernity that gives us our technology, feeds us, cures us of our sicknesses, educates us and gives us skills to get by and socialise with other human beings in society. We can’t live entirely in isolation, seeing the experience of shipwrecked people on remote islands and how well or badly they do. Our relationship with the utopian archetype will determine our spiritual and emotional balance.

Jung‘s books explain the psychological dimension far better than I ever could, and those writings are abiding. We all need to be vigilant in keeping the balance between our inner γνῶσις and our place in human society. Even if we live in the country and have many things on our own terms, there is still money to earn to keep it all going, bills to pay, boring work to do, conflicts to resolve and the general condition of us all. The garden has to be done, and the house needs constant maintenance. A motor vehicle is a complex piece of machinery and represents our fragile and fickle link with the outside world. That too takes our attention and makes us need money. Perhaps living in the country helps with this sense of realism, knowing that the utopia cannot be an absolute – as in the nostalgia of city-dwellers.

This is something I notice in those who dedicate themselves to hard-selling an idea or proselytising. They invariably live in cities and their projected nostalgia is that much harder to reconcile with their actual condition. Our desire for another life beyond bodily death is also a very strong instinct, marred by the thoughts coming from our contemporaries. What if life were merely material and all over with death? It is the antipode, the negativity that leads to dystopia as in the visions of George Orwell and Aldous Huxley, brought to grim reality by Hitler and Stalin and to some extent and degree in the countries where we live, from North Korea to Sweden! Our life contains elements of both utopia and dystopia, happiness whilst sailing on the sea or taking the dog for a walk in a forest – and the next day queuing at the till of a supermarket surrounded by blaring loudspeakers and screaming toddlers wanting this or that.

I leave these thoughts to those who project their deep desires on the Church and are “more Catholic than the Pope”. The idea of building the Empire of Romantia in our homes may seem absurd and be the butt of endless jokes, but there is a foundation that is necessary for our spiritual health. We can go so far in making ourselves citizens of God’s Kingdom, and even adapting our lives around us to some extent, but only to some extent. We can’t change the world, but we can do something about a tiny bit of it. That was the idea behind setting up little “rump churches” like the Continuing Anglicans or some of the more grandiose-minded independent sacramental movement bishops. Have you ever heard of micro-states (tiny countries recognised by the international community like Liechtenstein, Monaco, Andorra or the Vatican) and micro-nations (attempts at making a dream like Romantia into a reality)?. The micro-nation may seem absurd like a comic opera, but the foundation is always the same when the intention is pure (for example not a way of tax dodging, etc.). The Chinese had a proverb about there being peace in the heart, and that peace spreading to the family, the village, the county, the nation and finally to the whole world. It has to begin with ourselves, otherwise we can do nothing about other people.

I think that just about sums it up. We have to compromise and negotiate all the time – that’s life.

This entry was posted in Uncategorized and tagged Philosophy, Religious pathology. Bookmark the permalink.