The Year without a Summer 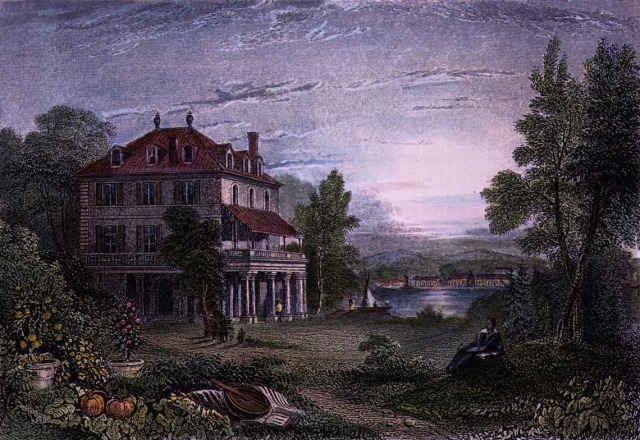 In these early days of June, my wife has been complaining about the cold and wet weather. We have been lucky to avoid the floods that have driven many people from their homes, not only here in France but even worse in Germany, Holland and parts of the United States. It is not very cold, about 13°C, but very damp with cloying drizzle.

I suggested to her that we could go to Switzerland and rent a villa by Lake Geneva. Of course, we would not be able to afford it, but I did suggest that we would light a hearty log fire and write horror stories and poetry. I had to explain to her what I was alluding to: the year without a summer of exactly two hundred years ago. The foul climate, partly caused by an extremely big volcanic eruption in Indonesia, caused one of the greatest events of English literature, the summer months spent at the Villa Diodati near Geneva by Percy Shelley, Mary Godwin (Shelley’s future wife) and Lord Byron. The most enduring piece of prose fiction was of course Frankenstein written by such a young and fair lady. Lord Byron waxed melancholic as he wrote Darkness. Percy Shelley perished at sea six years later in 1822.

I think it would be a gross exaggeration to compare our present miseries with that blighted year in the Romantic era. The present outlook shows a gradual improvement over the next week or so as a south-westerly wind chases away the static thunderstorm cells over central and eastern Europe. Temperatures will remain a little under average for the time being, and we wait for the next anticyclone. There have been many volcanic eruptions this year in the world, but I have not read a scientific opinion to the effect that we were in some kind of “nuclear” winter like in 1816 because of Mount Tambora.

I ask your prayers for the many people forced to evacuate from their homes, for families and for those who have lost relatives and friends in the floods. We are not yet at the end of the world, not by a long chalk, and I am sure that this year’s summer will be little different from the ones of these last few years.

This entry was posted in Uncategorized and tagged Prayer intentions, Romanticism. Bookmark the permalink.

1 Response to The Year without a Summer