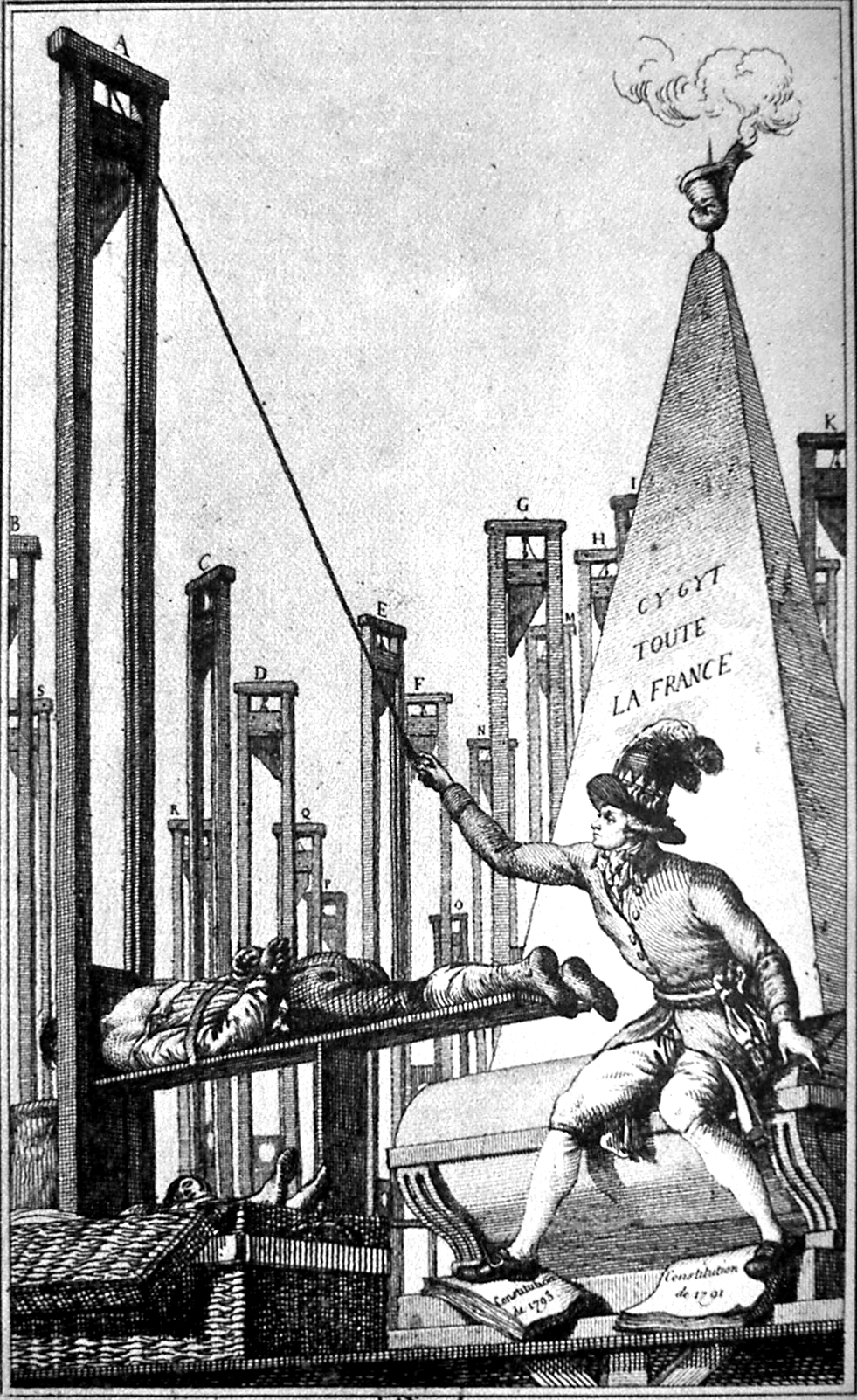 When I was at seminary, a French historian came to give a lecture about the genocide in the Vendée in 1796, two years after Robespierre’s head had dropped into the basket. The people of that region of France (where I have lived) rose up against the revolutionaries, and as many as 70,000 men armed with rudimentary weapons like pitch forks tried to defend their land and their faith. Paris struck back and defeated the men, and then set out to kill about 140,000 people, mostly the remaining women and children.

Someone has decided to make a film about it all – I Will Build It. They Will Come.

This seems a splendid idea, given the smugness and hypocrisy of the French Republic. Cinema is a very powerful way of getting messages over as it has been for the past hundred years. French secularism, unlike the American version, is a game of loaded dice. It is not freedom of religion but freedom from religion, the subtle imposition by manipulation of atheism. The Vendée genocide is swept under the carpet in French state schools and is generally only known to specialised historians. All too often, when it is politically expedient, genocides and mass murder no longer seem to matter. Human life becomes cheap and a marketable commodity. There are revisionists who deny the Holocaust under the Nazis – not only Jewish people – but also many other minorities and “enemies of the state”. The Turks gloss over their crimes against the Armenians and Greeks. England too has dipped its hand in the dish by exterminating Aborigines in Australia and Tasmania for colonial expansion. Man’s inhumanity to man is without limits. I still do not possess a gun!

I will certainly see the film as soon as it is released, either at the cinema or as a DVD. It is promised for October this year. The producers may waive copyright and allow this film to be seen on the internet free for the sake of the message it will convey.

Such atrocities and genocides come from anyone, including our own countries. Many murderous regimes were atheistic. The Communists killed about 140 million and the Nazis about 40 million including servicemen in battle and civilians under bombing of cities. The British Empire took fewer lives, but our hands too are drenched in blood. Evil is banalised, whoever does it.

The article I link to contains a lot of simplistic statements such as promoting the usual traditionalist ideas of Throne and Altar, conservative family moralism, summary judgement against 1960’s sub culture and what gets whitewashed as “liberalism”. The traditionalists are just as generalising and sweeping as the murderous regimes to which they point the finger. But, they are right about “state worship”, the imposition of utopia by force, the ultimate fictional expression being Orwell’s book about Big Brother.

Politicians have become known for their self-aggrandisement and hypocrisy, and people express the fact that they are sick and tired of it. Socialism does not have working people at heart any more than conservative parties representing the interest of big business and billionaires. Over in the USA, the horse race is between Hillary Clinton and Donald Trump. I wouldn’t trust either of them further than I could throw them. In France, Hollande has less than a year to go before the next presidential election, and Sarkozy is intending to run. What a mess! Le Pen is just as statist as anyone else. England is no better with the complete fiasco around Brexit and the Band Aids they will try to stick over it all this autumn. In the end, human life is still cheap and banal, and they are in it for the money and ego trip.

Even if they see the film of events that occurred more than two hundred years ago, the froggies in the Elysée will shrug it off as “not our problem”. At the same time, we all collaborate in an evil regime by living in a country and paying taxes. What do we do?

I think the only thing we can do is change our way of thinking about things even if we cannot change our corrupt “democracies”. We live in a country and do what it requires of us to avoid legal sanctions, but we can and should adopt an attitude of rejecting the system in an interior way. This is true anarchy. We can’t take on something that could crush us like a bug, but we can affirm our own spiritual freedom, like Oscar Wilde in his prison cell.

In the Old Testament, the people of Israel called out for a king, and they were punished by God. I have always found this notion puzzling. If it wasn’t the murderous deity mistaken for God the Father in the Old Testament, one would imagine that we were made for happiness and freedom, not slavery and servitude to evil. We have no need of kings and politicians, but of our freedom, conscience and quality of persons created in the image of God.

This entry was posted in Uncategorized and tagged France, History, Moral questions, Politics. Bookmark the permalink.