Bliss was it in that dawn to be alive 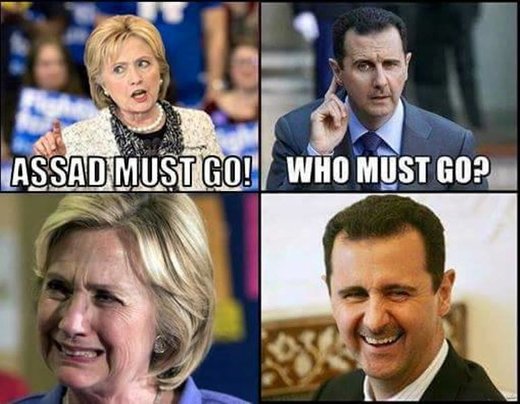 I am following the news which is now breaking in America, now in the small hours of the morning in East Coast Time. Many are cheering and exulting the almost gained victory of Trump. A few see this thing from so much further away. I empathise with Americans who are concerned with such things as the economy, education, their families, the sacredness of life from conception, and so many more things of importance to us all. How is the question of medical insurance going to pan out? So many things. They concern Americans.

This thing can be seen from further away, like Google Earth looking at a whole country, homing into a man riding a bicycle in a street in New York and then zooming out to a single glance at the planet. The first thing seems to be an upswell and movement against the Establishment end entrenched privilege, a kind of “aristocracy” akin to that of France of the late eighteenth century. My title quotes Wordsworth is something of a tongue-in-cheek or cynical way, knowing that revolution is usually going to be followed by terror.

Clean out the swamp! – so goes the slogan. Many erstwhile invincible people in positions of privilege will now be hunted down by the FBI, investigated, indicted and convicted of crimes like corruption, treason, fraud, exploitation of human beings in one way or another. Long prison sentences would be handed down, and lives will be changed forever. Maybe, the crimes of some will turn out to be so bad that they take their place on Death Row. Popular anger might go so far as to begin lynching and anticipating justice. Let us be careful about what we wish for – we might get it!

Trump himself is an oligarch, obscenely rich and may turn out to be a new source of corruption and evil. What men like Wordsworth saw in 1789 was an opportunity for change, for movement, for a new era to break down what was stifling us all in its “inevitable” immobilism and end-of-history certitude. Then came Robespierre, the kangaroo courts, the Conciergerie and the guillotine. The bloodbath drove Wordsworth to leave his wife and home in France and return to England. Then came Napoleon and a century of instability. Europe is mired in the same corruption as Washington!

I “voted” yesterday against the spectre of Hillary Clinton (not her person but what she represents), aware that the world faces new dangers. The prospect is above all one of authoritarianism, to some extent like in Europe between the wars. We have Syria and the Ukraine. There seems to be no truth or anything other than biased information. Are things going to turn better or worse? Are we careening all the same towards World War III and a nuclear holocaust? If that does not happen, will the movement spread to Western Europe, the collapse of the Brussels bureaucracy, a resurgence of nationalism and bigotry?

The comments of Matthew Clarke (see my previous posting), the little smug English Establishment conservative with his somewhat precious concern for being unshod at home – and Ed Pacht have been as appreciated as they were predictable. The establishment and the mainstream seem to offer us safety because they are predictable. The problem comes when they conceal dark secrets and corruption, when men in positions of power become complacent, above the law, lacking in empathy of conscience, liars and the epitome of politics. We end up with a “pathocracy”, rule by malignant narcissists and criminals. Ed Pacht looks at it all from another perspective, that of the Romantic who eschews obscene wealth and authoritarianism. I am myself an anarchist with the reserve of defining anarchism as the free individual considering law and authority as of the bene esse and not the esse. We have to have government and authority, but we reserve the right to be ourselves in the respect of other people’s rights.

It is my hope that this new authoritarianism will not last long. Washington will have to be purged. The movement may spread to Europe and the EU. I might even see a parallel between Trump and Robespierre. Would it have been better to leave old Louis XVI and the aristocracy in place in the 1790’s? In retrospect, perhaps. World War I was the final nail in the coffin of the old Hapsburg Empire and it brought Hitler and the monster in the USA that financed Hitler. The pit of human iniquity is deep, very deep. Those demons can only be exorcised by prayer and fasting, long human suffering without any discernible end.

Berdyaev spoke of the end of the Renaissance, the end of humanism, the long dark tunnel. He was writing in the 1930’s. The demon is the same. Grace may only be found through repentance and reparation, a return to God in sackcloth and ashes. We seem now to be living the beginning of a long Lent of mankind. I do not celebrate the victory of Trump, but the end of the old regime and the renewal of the rule of law, of justice. I pray for small mercies, being spared the scourge of nuclear holocaust and invasion by Islamic totalitarianism and terror.

Maybe there will be light, maybe darkness and evil and the extinction of hope. As every Christian knows, the object of our desire only lies beyond the Veil. Whilst we yet live, we can only pray and hope for hope.

Interesting analysis in the British mainstream press. The movement will spread and we have to see the deep issues – and implications for Europe, Russia and China.

From the alternative sources:

This entry was posted in Uncategorized and tagged Politics, Reflections, USA, War and Peace. Bookmark the permalink.