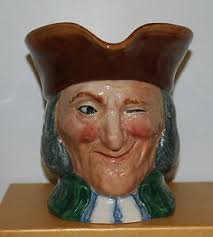 Like in the political world, black seems to be white in the RC Church. I have received several links to news articles about the ongoing war between conservatives (including Cardinal Burke) and Pope Francis.

Given that degree of Francis’ vehemence against “rigid” thinkers, things seem to be moving forward for the Society of St Pius X – Pope Francis’s traditionalists by Damian Thompson. Regarding the conflict between Cardinal Burke and the Pope, I’m not sure that the Cardinal is being any more rigid in terms of moral teaching than Popes Paul VI and John Paul II. It is simply that the “liberal” expectations are becoming increasingly excessive and unrealistic – and typically “feminist”.

If I were an atheist, I would be having a field day with all this nonsense and conflicting messages! We have the American journalist telling us that we are on the point of getting some “reincarnation” of Hitler or Mussolini (and Paolo Sesto?). If I have to give a political opinion, I would favour some versions of American Libertarianism, Distributism à la Hilaire Belloc or some other socialist vision from the nineteenth century. I believe in private property, owning the means of production and being allowed to earn one’s living by work, but I also believe in humanitarianism and helping the less fortunate than ourselves. I detest “champagne socialism” as much as unlimited capitalism (big companies preventing small businesses from having any share of the market by unfair means) and elitism. I find nothing good in party politics in America and Europe. It burns me out. I don’t think Pope Francis knows what he is talking about when he simply echoes, parrot fashion, the agenda of some very evil people in this world. For this reason, I evoke the rhetorical question of Pilate facing Christ – What is truth?

Then we have Pope Francis being ready to take in the SSPX – unless it’s all “bait & switch”. In which case, would the SSPX be so stupid, given that they have reneged on previous regularisation attempts under John Paul II and Benedict XVI?

Perhaps there is a clue in this quote from St Ignatius of Loyola, the founder of the Jesuits: What seems to me white, I will believe black if the hierarchical Church so defines. The more lenient viewpoint would describe this notion in analogical and rhetorical rather than literal terms: trust the Church more than your own possibly erroneous judgement or belief. Taken literally, the idea is quite monstrous. For centuries, the Jesuits have been known for playing games with words and ideas. I have known some saintly Jesuit priests in England like Fr Hugh Thwaites, but most are just – – – boring.

Decidedly, this RC Church has definitely forfeited any claim it might have had to represent revealed Truth or being the “true” Church exclusively of all others. “Emotional” and “intellectual” sedevacantism are growing. I am finding both opposing camps toxic. Again, I thank God for the continuing Anglican Churches and all the little communities inside and outside the “mainstream” institutions. Thank goodness, Catholic Christianity can continue without becoming abject nonsense fit only to disposed of in the household rubbish!

Maybe, cujus rex ejus religio: Pope Francis will stop supporting the agenda people like Obama and Hillary Clinton represented, and will turn to the new nationalist and authoritarian tendencies – and no one will bat an eyelid.

When royal James possessed the crown, and popery came in fashion,
The penal laws I hooted down, and read the Declaration.
The Church of Rome, I found, did fit full well my constitution
And I had been a Jesuit, but for the Revolution.

When William was our King declared, to ease the nation’s grievance,
With this new wind about I steered, and swore to him allegiance.
Old principles I did revoke; Set conscience at a distance,
Passive obedience was a joke, a jest was non-resistance.

When Royal Anne became our queen, the Church of England’s glory,
Another face of things was seen, and I became a Tory.
Occasional conformists base; I blamed their moderation;
And thought the Church in danger was from such prevarication.

This entry was posted in Uncategorized and tagged Roman Catholicism. Bookmark the permalink.