No, it isn’t about Eastern Orthodox canon law – but about a rudder all the same.

I decided to go for a fixed rudder for the sake of simplicity, and made one for my river boat “Sophia”. I had made a new blade for my aluminium stock that was made for the old spacing of the pintles. I made a new rudder and the transom board for the pintles in their new positions.

I found that the rudder blade I made did steer the boat but with a “sloppy” feel. This new rudder should work much better. I shaped the leading and trailing edges with a spokeshave. There is no restraining device so it can be lifted off easily and put on from being on board when the water is deep enough. In extremely shallow water, I should be able to steer with an oar and not use the rudder. The tiller is fashioned from an old garden tool handle I found in my garden shed! 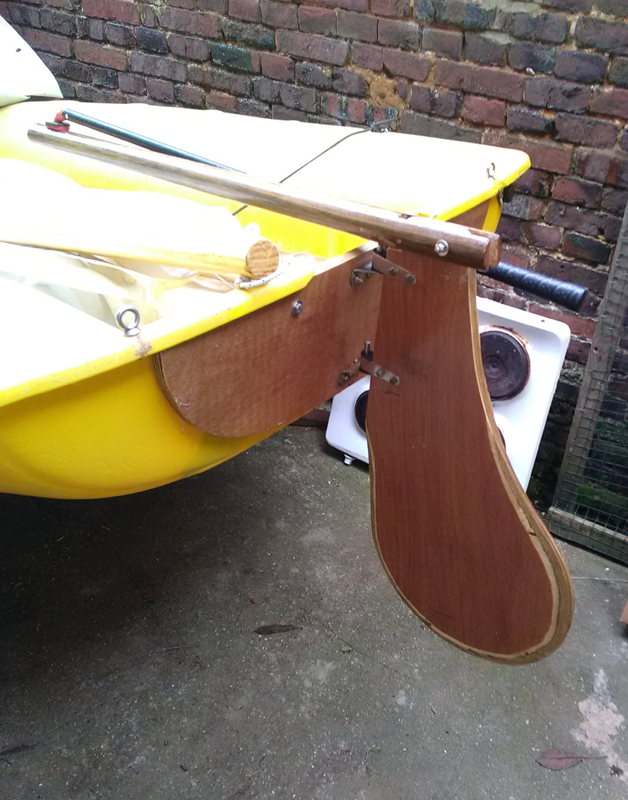 When I posted this in my dinghy cruising group on Facebook, there were apposite comments. Dinghies usually have hinged rudders for dealing with shallow water, and some device to prevent them from floating off. In any case, the rudder needs a lanyard so that if it does come off the pintles, it won’t be lost. It will need to be tried and kept as simple as possible.

It was a busy afternoon yesterday, since the object behind the rudder leaning against the wall is an old electric cooking hob. It needed to be replaced and the new one arrived yesterday. Fortunately, the electrical connection schemas were clear to follow between what is needed for 400 v three-phase and 220v single-phase.

Boat repairer and electrician all in one afternoon. Whatever next?