In Homage to Bernard Moitessier 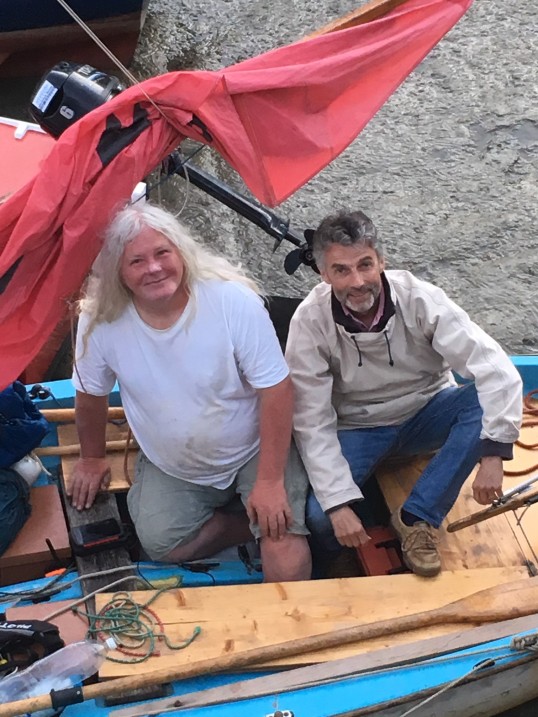 I have often written about Bernard Moitessier (1925 – 1994), the French (born in Indochina) sailor who dared to sail around the world non-stop and single handed in the 1968 Sunday Times Golden Globe Race. Instead of winning the race, he decided not to return home but to continue to Tahiti in the Pacific Ocean. Whatever he might have believed in, perhaps something inspired by Buddhism, he was a free spirit whom no one could imprison. A friend of mine here in France who is also a sailor knew Bernard Moitessier in the last years before his death from cancer.

Here is a brief presentation of Bernard Moitessier in French:

It was a great privilege to sail up to Le Bono from Port Navalo last Thursday and moor for the night as part of the Semaine du Golfe. I did not visit the grave of the great man of the sea, but he was present in my thoughts. I was visited by an interesting man by the name of Vernier Alavoine who was intrigued about the possibility of living for a week in such a tiny vessel as mine. His wife took the photo above. Vernier had spent more than a year with a scientific team on the remote windswept islands of Kerguelen. It must have been quite a spiritual and self-revealing experience for him!

I have put other photos up on my Facebook page.

2 Responses to In Homage to Bernard Moitessier