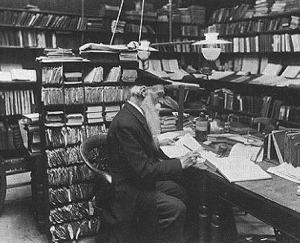 My attention has just been drawn to Charism of the Ordinariate published by the Australian Ordinariate. They offer seven points as what they consider most characteristic of the reason why the Ordinariates should not simply be absorbed into mainstream post-Vatican II Roman Catholicism. My stomach sank to my feet as I read another flurry on Facebook of polemics from those who think that the only way to unite Continuing Anglicanism is on the basis of English Protestantism and pre-Tractarianism.

The seven given points are

Apart from the final one, I hardly see what there cannot also be found in German, French and Italian Catholicism. There have always been spiritual and devotional movements, often associated with religious orders right the way through the history of the Church. The Oratory of St Philip Neri has attracted many Anglicans due to a high degree of compatibility, but the founder was an Italian and a Florentine.

I have to grant the notion of archaic English being just as good a sacred language as Church Slavonic in relation to Russian. Liturgical translations will remain a problem for a long time. The question of language is connected with reverence and beauty in worship. Unfortunately, bringing up such a point underlines the contrary in mainstream Roman Catholic worship. The question is essentially cultural and is marked by the difference between rationalist Classicism and Romanticism. This tendency of desacralising the liturgy entered the Roman Catholic world essentially from the Tridentine codification of 1568 and 1570 but also from the Synod of Pistoia of 1786. Cranmer’s reforms of 1549 and 1552 were motivated in exactly the same mindset – recover the Primitive Church and wipe away all the accretions even if they were not accretions but a part of the oldest traditions. Unfortunately, the way the liturgy has been treated by both Anglicanism and Roman Catholicism leaves little to desire in the former – other than the trappings of Choral Evensong in cathedrals. I too remember finding the long lessons boring and looking forward to the next sung bit.

Roman Catholics too have hymns for parish use. It suffices to look at the Westminster Hymnal edited by Sir Richard R. Terry. The Americans too have good hymn books. It is not necessary to claim an Anglican heritage to sing hymns.

Gospel preaching makes me shudder. Few clergymen I knew in the Church of England or here on the Continent have the oratory skills to preach convincingly. The result is usually boring waffle. I have known some exceptions of men who sought to convince and awaken from sleep, or simply use the pulpit for adult catechesis and instruction. I do have to admit that I have practically no training in oratory and rhetoric, and struggled with preaching with any degree of confidence. I believe that the last time I preached was nearly two years ago when my Bishop invited me to preach in his church. I adopt the calm style of the university professor, quietness and respect for the intelligence of my listeners. Remarks after Mass were more positive than anything else, but one never really knows what goes on in people’s minds. I suppose that the expression “Gospel preaching” is concentrating on the essential of Christ’s message, the Kingdom of God and our salvation. Fine, if it is not to be boring waffle but something from the preacher’s personality and his own faith.

The English theological tradition needs to be taken apart and set into context at the same time. The greater context is what some coin as Northern Catholicism. At the most superficial level, we contrast English university intellectuals and busloads of noisy Spanish and Italian pilgrims in Fatima and Lourdes. The comparison is unfair, like apples and oranges. Josef Ratzinger is not English. He is German, and most of my university professors were not English either, but taught us the fruits of their research, writings and spiritual lives. England does not have a monopoly on theological learning, far from it. The Australian Ordinariate emphasises the mystical tradition of the later middle ages. Then we go forward to the Caroline Divines and fast-forward to Newman. Some of the Caroline Divines had their parallels in Germany, through they were more associated with the Restoration and Jacob Böhme was straddled over the end of the sixteenth century to the early seventeenth. Again, as I wrote in Little Renaissance, the lights from enlightened people transcended national boundaries and cultures. Nothing is mentioned here about that ray of light through Böhme, J.S. Bach, Göthe, Novalis, Schlegel and Louis-Claude de Saint-Martin, none of whom were English.

I now lay down my point. It is nothing to do with being English or from anywhere else. Bach was not the composer and poet he was by being German, but by being an illuminated person. It was the same with Newman, whose soul was noble and his aspirations high. He was formed by his time and the influences around him, but he was himself.

I am of the idea that being English or even Anglican is quite irrelevant. The words mean different things to different people. Americans and Australians talk about being “English”, but I was born and grew up in that country, nurtured by the beauty of the Lake District. It is a euphemism that means something that is extremely hard to define.

I think some are looking for ideas that describe feelings we have, but find hard to express in language. One such notion that distinguishes those of us who “feel northern” is Romanticism. Msgr Andrew Burnham scratched its surface during a talk he gave in Oxford in 2018: “What drove High Churchmen, at least from the nineteenth century on, at least in part, was the romantic movement. In that sense æsthetics led theology by the nose“. Romanticism involved the aesthetic sense in a big way, it is true, but its essential meaning was much more metaphysical and existential. Enlarging the meaning of the word Romanticism, I find its roots in absolutely everything that is mentioned as worth keeping, from sacred oratory to music and liturgy, to poetry and art, everything that brings the whole human being to his or her divine image through the senses and the imagination. Thus we will find it as much in Böhme as in the Little Renaissance and our own times.

Something that might well have been more English than anything else is the individualism of the human person as opposed to the corporate mass of collectivism. Roman Catholicism has always been jealous of the purity of its orthodoxy, and the precautions it took to punish heretics or prevent them from having any influence were sometimes extreme. The post-Tridentine Church emphasises the collective and conformity, as in modern political totalitarianism. Rules of religious orders praise the extinction of the human person and individualism to be in conformity with what is taught as the will of God. This was new to me in 1981 when I converted to Roman Catholicism expecting to find the essentials of English medieval Catholicism. I have not known any of my old Anglican vicars and chaplains to be totalitarian leaders. They encouraged us boys to find our own personalities and ideals in life. All that was mixed up with the English public school ideology of stiff-upper-lip stoicism, competition and excellence. Yet we were driven to be ourselves and find strength in God and our own achievements. There, being oneself whilst being sanctified in God’s image is a unique view of Christian moral and spiritual life.

Last but not least, there is eccentricity, closely linked to being ourselves. We do not choose to be “fools for Christ”, but it is brought upon us by experience of life or certain neurological conditions like autism. It is something we need to come to terms with so that we can come to terms with “normal” people who expect certain standards of self restraint and behaviour. Some of those Romantic clergymen in Oxford in the 1820’s must have been very strange men, yet their condition enabled them to leave their legacy as they were “promoted to glory”. My own English background and experience of European life have brought me to care very little for social conformity and everything being in the appearance. I hate dressing formally, but I will do so when it is necessary. I am odd enough to have been noticed by anonymous hostiles and described in a caricature of my blog – I just don’t care. St Philip Neri was, in the words of my seminary superior, someone to be admired but not imitated! The problem with eccentrics is that they can be very unpredictable as priests, and bishops have to be prudent. Loose cannons and out-of-the-box minds are difficult to manage in a corporate setting. That will very much depend on the mindset behind the Church and the parish.

Presently, we live in a collectivist and corporate world – increasingly so – which will make the myth of Anglican identity even less relevant. Like Romanticism itself, we need different words and ideas. We also need to know what it is we want and believe in. The historical circumstances behind the foundation of the Ordinariates seem to pose the challenge of adequately insulating one’s own emigrating community from the ambient culture of the receiving Church. It is a little like the Amish in the USA, being American whilst conserving one’s own beliefs and culture, resisting consumerism, capitalism and the associated forms of collectivism. It is not a situation I envy. I was born in one country and live in another: a part of me makes me want to fit in and another part tries to associate my feeling of being an individual person with the idealised culture I left behind. We need to go much deeper, which is a part of why I write this blog in an educational perspective, a part of my ministry as a priest. I have every esteem for the Ordinariates of the UK, the USA and Australia, and I enjoyed the company of their clergy in Oxford nearly two years ago, but I don’t envy them in their quest for relevance.

Lest I should be suspected of being triumphalistic as a member of the clergy of a Continuing Church, we have our own circles to square and much to think about in terms of our relevance and our future. From whence comes my unconventional approach of seeking what human beings are most yearning for in terms of transcendence and spirit. I don’t claim to be “right”, but simply I believe that there is light at the end of the tunnel, even if that tunnel seems to be very long and dark.