Flogging made a bad man worse, and broke a good man’s heart 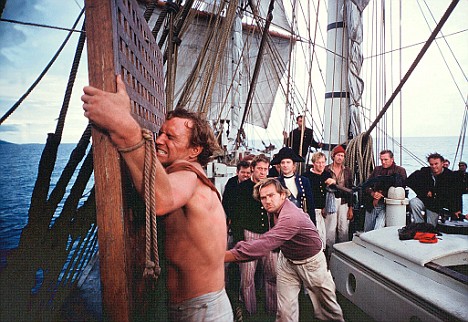 I answered another message about someone’s ideas about a political regime based on Old Testament law as advocated by the Reconstructionist movement.

I have just found this video which is heavy going for one who is not used to American “Reformation Christianity” language. I was able to discern the roots of these arguments from Bonface VIII’s Unam Sanctam to Pius XI’s Quas primas on Christ the King. Already, Louis Bouyer, the great French theologian, noticed half-jokingly that the Reformation essentially kept the worst of medieval Catholicism and just got rid of the beauty! Also the Anglican scholar I was shocked to recognise the reasoning of Roman Catholic traditionalists, including those who yearn for the restoration of the French Monarchy. Also in the Scriptures: “Jesus answered, My kingdom is not of this world: if my kingdom were of this world, then would my servants fight, that I should not be delivered to the Jews: but now is my kingdom not from hence. Pilate therefore said unto him, Art thou a king then? Jesus answered, Thou sayest that I am a king. To this end was I born, and for this cause came I into the world, that I should bear witness unto the truth. Every one that is of the truth heareth my voice.”

I felt unable to watch the video throughout. It was too strident for the introvert I am. The big issue seems to be reversing Original Sin and going back to Eden where man could dominate the earth. The advantage of this video, though between Restorationalists and Evangelicals (believing in the Rapture and a more Quietist / Pietist approach), is a dialectic approach to understand things better. A point was made that the Kingdom of Christ begins within each one of us and spreads out through the family, neighbourhood, city, country or state, the nation, etc. A question I ask is whether Christ-the-King-ism has ever been a reality in history.

The other question is that of freedom. Dostoievsky’s Grand Inquisitor thought it better for people not to have freedom for their own good. This is the best dramatisation I have ever seen, with John Guilgud. Boniface VIII set the tone with his Two Swords, the absolute notion of the Papacy with authority over the Temporal. Freedom is a paradox, but it is necessary so that our adhesion to God may be free and therefore “valid”. A profession of faith and repentance for heresy under torture is of no value. Only the Enlightenment could bring us out of such a nightmare, but secular humanism led to another dystopia.

This brings me to a line with some ideas in common with Rod Dreher. Our vocation as Christians is to pray for the world, but retreat to the desert (literally or metaphorically) and live the ideal as best as we can. The world has been to hell and back many times in history, and our only influence as Christians is possible with sensitive souls, not with those whose purpose of life is power, money and sexual domination.

Many utopian ideas [for example a Christian theocracy] are great whilst sitting in an armchair and dreaming about them. I live in France and have met many people who want to bring back the French Monarchy. There are two pretenders: the Count of Paris and the Duke of Anjou. How do you get them into power? Through political means? We’ll need to see how well Zemmour gets on in the next presidential elections. But, he’s not a monarchist, rather a Republican of a more nationalistic bent than the other Presidents since De Gaulle. He is also Jewish. In the same way, the problem of a theocracy in the USA will meet with a lot of resistance. It’s a dream to think what could be done, and it would be more “humane” than Islamic totalitarianism, but I don’t see it ever happening.

The other problem with any political regime, however noble the intention, is that human beings are sinners. Think of the awful Popes in Rome and elsewhere who were supposed to represent Christ – and they were no more virtuous than Mafia godfathers. As Lord Acton said, “Power tends to corrupt, and absolute power corrupts absolutely. Great men are almost always bad men, even when they exercise influence and not authority, still more when you superadd the tendency or the certainty of corruption by authority. There is no worse heresy than that the office sanctifies the holder of it.” Even the Mosaic Law cannot guarantee the authority of those whose role it would be to enforce it. That is the limit of all law. Many innocent people go to the electric chair!

Capital punishment has come up several times [in our exchanges of correspondence]. It is seen differently in America in the Republican camp than in Europe. The guillotine was used for the last time in 1977 and formally abolished in 1981. Putting people in prison for a very long time is a terrifying punishment, and they will spend many years reflecting about the futility of their lives and the heinousness of their crime (eg. murder, raping a child, etc.). The guilty will punish himself, rather than his death being loaded onto the conscience of his executioner. You should read about Robert Badinter, the French lawyer who was the most dedicated to the abolition of capital punishment. He is (he’s still alive) a brave man. Also, here in Europe, no prison sentence is without possibility of parole. For the worst, there is a “security” period of about 30 years, and then the prisoners can be evaluated case by case. That is much more human in the case of true repentance and a conversion of morals and perhaps even a spiritual self-revelation.

To anyone who wants to bring about a theocracy, I would ask him how he would bring it about. He and whose army? The only way is by a coup d’état – and that involves violence and killing. That would be wrong. That’s what the Salafist Muslims are doing. I would be more for reversing the Peace of Constantine, going back to the deserts and the catacombs (metaphorically speaking) and bringing about a different kind of Christian witness. Yes, Christians would be discriminated against and even martyred. Perhaps the Church produced its finest minds during that period of suffering under the Roman Empire. Eventually the invincible Roman Empire fell and went the way of all human pride. I believe that our greatest nobility will come from humility and discretion.

My attitude might seem to say that I don’t care for the majority of humanity. This is an important lesson that I have learned in life. We can’t change other people, only ourselves, and then try to make of our lives a witness (μαρτύριον). If we are unable to relate to the weight of godless society, then we withdraw from the city. In actual fact, many of the penal laws of the countries where we live are based on the Judeo-Christian tradition, but of course abortion is a problem. The social context of the women concerned should be taken into consideration so that they can bring the babies to term with social benefits and be allowed to offer the babies for adoption if that is their choice. Murder is punished, as are rape, fraud and theft, … The legal system in the US and our side of the pond are not perfect, and good politicians will campaign for these laws to be more Christian. That’s the best one can do to prevent anarchy and chaos.

I am not a politician, so my own duty lies elsewhere as a priest. Another principle I affirm is the primacy of faith and spiritual life over laws and morality. Morality is a consequence of faith and love, not a reaction in fear of punishment. Towards the end of the 18th century, there was an increasing awareness that sailors on a Naval ship performed better out of a team spirit and respect of the commanding officer than when they were keel-hauled and flogged. Someone in the British Admiralty at the dawn of the nineteenth century said that a flogging made a bad man worse and broke a good man’s heart. This is the essential difference between Christianity and Old Testament Judaism or Salafist Islam. There is still a law to obey, a moral ideal to follow, but its meaning is changed and interiorised.