A model of priestly life and vocation 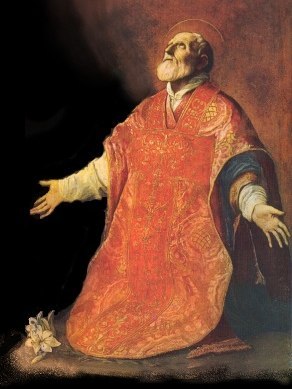 Fr Jerome Lloyd has posted an article with the title Our Vocation. The conception is familiar to anyone who has come into contact with the Oratory of St Philip Neri. The Oratorian idea is taken and adapted to a situation that cannot be further from Rome in the sixteenth century! Some of the terminology is re-used, and many of Fr Jerome’s ideas are original and based on his own experience of priestly life.

Oratories of St Philip Neri are traditionally autonomous communities of priests from aristocratic backgrounds in major cities and centring their apostolate on the normal parish ministry in addition to the Oratorio, a prayer group with young lay people of all walks of life. Fr Jerome’s adaptation of the ideal involves lay prayer groups whose members do not live in the same house or community. He extends the notion of vocation beyond priesthood and religious life to emphasise priest and humanitarian work.

The Oratory seeks to assist every member to find their vocation and God’s purpose for them in this life and enable them to life in love with God and with each other in order for them to receive their salvation and their soul’s true desire [Psalms 63:1; 27:8 & Isaiah 26:9].

The notion of vocation extends beyond ecclesiastical ministries and often involves what a person does for a living, especially in professions that deal with people, such as teaching, caring for the sick and those in various difficulties and the legal profession – defending the wrongly accused or obtaining justice for those who are wronged. Teaching encompasses not only those with teaching posts in schools and universities, but also those who write and use modern forms of social communication like the Internet. If small and intimate groups of fellowship and prayer can help people find their way, this is indeed a beautiful calling.

This blog is aimed towards reaching out to priests who are alone and seem to have “failed” in their vocations. I cannot give them episcopal oversight or point them to the Church of their dreams, but at least to let them know they are not alone. On that basis, some might rediscover the spark of God’s grace and find their way wherever they live or whatever they do to earn their living and do for other people in a spirit of altruistic service.

What does an Oratory do? It brings together a small people for prayer and worship at Mass. Large numbers would also be welcome, certainly, but small numbers are more likely. People can be encouraged to lay their consciences before God and make their confession to a priest and receive Absolution. During the week there are opportunities too for catechesis, Bible study, discussion and social activities. This idea is extremely healthy, and it is something I began last year on a Friday evening in Dieppe with two Roman Catholic ladies, one English, who approached me for Mass in English. I find their motivations hard to understand, but I just have to tend the garden and let it grow without seeking to understand everything.

I find this idea of an Oratory more realistic than a parish. My idea of the Chaplaincy is not only inspired by the Church of England calling its Continental European missions Chaplaincies, but because it represents a notion of a priest who is available for any good work, and is approached by those who for some reason need God, the Word and the Sacraments. The idea is fluid, and it abides whether there are no faithful, just one or two coming from any Christian tradition, or a bus-load (which has never happened in my chaplaincy).

Fr Jerome’s ministry is urban. Mine is rural, and I simply don’t live where most people live – in cities. I can’t afford city real estate prices. Secondly, there is an ironic tendency for town people to get fed up to the back teeth of town life and have a house built in the country. Perhaps there is a way to be in contact with those people through participation in village activities such as farming shows and sporting activities.

The Mass video is a wonderful idea, and I am considering investing in a video camera and tripod to record Masses and homilies. The videos can be put on Youtube and seen by those with Internet connections. I have seen how Fr Jerome does it, and perhaps there are ways to improve “intimacy” by using a closer view, and the Oratorian manner of preaching – sitting and being informal. It has always been a problem for priests to locate sick people at home and in hospital wanting a priest. In this country, people take a very dim view of any kind of proselytism or taking advantage of weakness for the purposes of building up one’s “sect”. The Oratory can certainly take a page out of the book of the Society of St Vincent de Paul – lay people who hunt out the sick and housebound who would like a priest – and then you go for it…

Cell fellowships? It sounds complex, but perhaps it works. I suppose that in the concrete, most such cells would be families or retired couples living far away from Brighton. The idea is noted, but it seems to be suited only for a more evolved organisation of dispersed prayer groups referring to the same Church and clergy.

Fr Jerome divides the community into clerics and religious, committed faithful and sympathetic but less committed faithful. Again, I hope it works, but I find it a little fussy and perhaps intimidating to people who are wary of institutions and too much organisation.  A few years ago, I used to draw up ideas for institutes and brotherhoods of priests, and I quickly saw that my biggest fallacy was seeing myself as the superior and in a leadership role. I am not made for it. I am not a leader. One has to have the charisma, which of course can be used for good or evil.

In my own sporadic and informal ministry, I have always practised “open communion” with the only conditions that the person is baptised and believes Christ to be present in the Eucharist together with the standard doctrines of the Creeds. Therefore, most of those who come to me are French Roman Catholics, probably with canonical irregularities known only to themselves. I do not ask questions, and they are responsible before God for their own acts. I do not have the heart to be a lidless eye inquisition! Very often, their faith hangs by a mere thread – and I know what that is like.

I try to maintain an ecclesial and disciplined basis, and I refuse to make money out of ministry, but otherwise the less formal and inquisitive, the better. But, we have to keep open minds, and I am grateful for inventive ideas for working in God’s Kingdom.

This entry was posted in Uncategorized and tagged New Goliards, Spirituality. Bookmark the permalink.

5 Responses to A model of priestly life and vocation