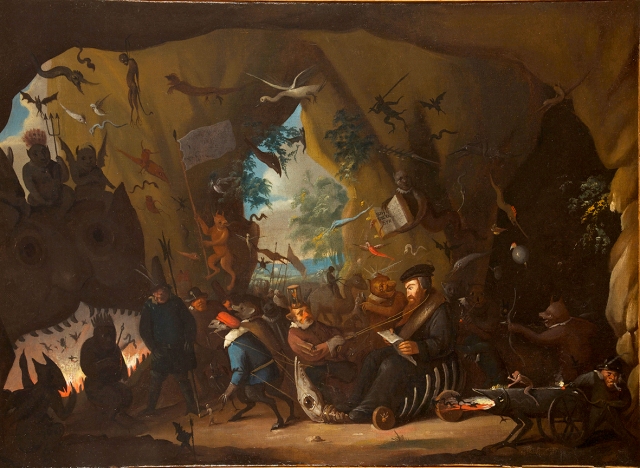 Some time ago, I set up a Classical Anglican Blow-Out Department for the discussion of matters relating to the cohabitation of Anglo-Catholics of various “tendencies” and those Anglicans who remain attached to the tenets of the Reformation, the Thirty-Nine Articles and the doctrines of the various magistral Reformers of the sixteenth century like Luther and Calvin.

The subject of Calvinism occasionally comes up here with a certain person running his blog, with a grievance against the ACC, bringing up the subject of myself and some of my commenters there. That person is keen on maintaining Calvinist doctrine in what he perceives to be the Anglican tradition, and considers that it is necessary to discredit the claims of Anglo-Catholics to claim membership of the Anglican way rather than convert to Roman Catholicism or Eastern Orthodoxy.

I frankly have no concern for the person running that blog or which Christian community he belongs to. He is free to choose whether to believe or disbelieve, belong to one religious community or another, and even to change from one Christian denomination to another or even embrace another religion. That is religious freedom as defined in most democracies like the USA or the countries of Europe. He can do what he likes according to his informed conscience.

Personally, I have no interest in or concern for Calvinism. If the “tulip” is representative of Calvin’s historical teaching or writings, then I must in the name of mainstream Catholic tradition and teaching oppose it, maintaining that man is essentially good in spite of Original Sin (a term that needs defining in the light of Eastern Orthodox dogmatics and philosophy), that all humans have the possibility of attaining the beatific vision. I have to say that I tend to universalism in that I believe that there is a hell and justice for sinners – those who turn away from God, but that goodness and salvation will win out in the end for all creation. I firmly believe that the Redemption (otherwise known as the Atonement) was for all even though some might choose to reject God and “find out things the hard way”. We are free, and can be “one foot in and one foot” out all our lives. We have a part of responsibility in the matter of our sanctification and salvation, though we absolutely need God’s grace and help. Apart from my refusal of all five points of the “tulip”, I have no interest in discussing and debating in the manner of Reformation and Counter-Reformation apologists and theologians.

Here are some interesting links that give an overall picture:

However, there are commenters who feel inclined to discuss this subject. Fair enough. The “blow-out departments” are there, and they seem to fulfil a role that is not found everywhere on the Internet. I only exclude people for behaviour that is assimilated to trolling (sometimes very subtle) or extreme rudeness. I am opposed to Calvin’s doctrines, at least as they are described in the above links. I go as far as seeing similarities between aspects of Calvin’s teaching with parallel aspects of Islam and even some of the twentieth-century totalitarian ideologies! Some give their reasons for finding my own thoughts exaggerated. I am willing to listen to them. So, I am far from impartial as a Catholic believer and I certainly lack objectivity. So I will allow debate on the subject, just as long as it remains within the Classical Anglican Blow-Out Department.

I recommend academic approaches to the subject together with what words meant in that historical context, whether in Greek, Hebrew, Latin, Renaissance French or English. I have certainly allowed myself to caricature Calvin, and I lack the motivation to investigate the subject. I prefer to read other subjects, go sailing in my boat or do the garden. I encourage fair debate and study of historical Calvinism, present-day Calvinism and perspectives for reconciliation between Reformed, Catholic and Orthodox Christians.

I leave this posting without any possibility for comments. If you wish to take up a conversation on Calvinism, for or against, please do so on the Classical Anglican Blow-Out Department.