Multiculturalism and the Immigration Crisis 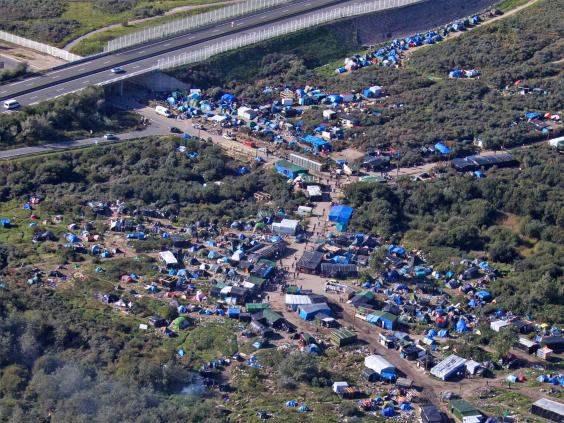 I have already had a comment in this blog to the effect that we in England and Europe should arm ourselves and prepare to emigrate by the summer of 2016. My wife this morning showed me a photo on a far-right website depicting occupying Germans arriving in Paris in 1940 and the caption telling the “socialist” reader to get used to the immigration, implying a comparison between Islamic immigrants and the Nazi occupation of 1940. Some of that stuff is really grubby! I think it’s time we tried to take stock of this problem.

We have had multiculturalism in Europe for a very long time. Every large city has its Chinatown, and I for one like Chinese food. Since the demise of the British and French empires, we have had people coming from India and North Africa including large numbers of Muslims. Mosques in our cities are nothing new. I lived in Marseilles for a few months from late 1992 to 1993, and enjoyed going to the “Arabic” districts wearing my cassock. It has always been known that most northern African Muslims respect traditionally dressed Christian clerics (I was a deacon at the time). There are sobering reminders of the volatility of those people when we learn of the murder of the monks of Tibhirine in 1996. I bought things like couscous spices in their shops in the little streets off La Canibière and felt relaxed with the men wearing the thobe or the jubba with or without turbans on their heads. I admired their courage in avoiding the western secular mould. I wore a cassock, and they had their traditional dress.

We have always had immigrants with professional qualifications like doctors, computer specialists and engineers. They came willing to work their own way and learned enough English to get on with the indigenous population, and no one thought any the worst of their keeping their own cultural identity, language and religions. I remember seeing a black girl at school for the first time in the 1960’s. Our head teacher was terrified with the concern that we would bully her. My own thought as a small boy was to ask why anyone would want to bully her. She’s just the same as us, except coming from somewhere else in the world. I began to read about Africa and became fascinated with the animals and human tribes. I find it stimulating to know other cultures. I have travelled in Europe and the USA, but nowhere else. There are many places where I would love to go. I am myself an expatriate, living in a country elsewhere than where I was born. France and England haven’t been hostile to each other for the last couple of hundred years! We are close and share very similar cultures. Any immigrant has the right to his identity as a person and what made him in his original environment.

I have often asked myself what I would do if life was made so hard that I would have to walk away from my home, leaving everything behind (perhaps after everything is destroyed) and find somewhere to go. I think I would try to come up with an original idea, completely “out of the box” and not with thousands of other people, many of them paying “people smugglers” and passers. I am fortunate to be a British citizen with a passport, and able to go many places on a tourist visa or better prospects of a temporary or permanent visa. Depending on whether I had any money, I would probably stay in Europe or even in France, and go to a more remote area like the west of Brittany (wonderful area for sailing by the way). I would almost say tongue-in-cheek that Europeans could go to Syria or Irak once the Russians get rid of the terrorists!

What are we afraid of? The big problem is numbers. I think L’Elysée would have problems with hundreds of thousands or millions of English people coming over in makeshift boats. The English immigrants would be mostly white and nominally Christian – but too many of them asks the same questions, particularly whose money… We British immigrants are few and far between in France. Most of us speak French fluently, have set up businesses to earn our living and don’t pose any threat to anyone. At the same time, we still speak English with each other, eat roast beef and Yorkshire puddings or fish and chips. We like Oxo and Marmite to the disgust of the French and remind them that Napoleon lost his war in 1815! But we are not a problem. I came to France for a number of complex reasons, but not as a political refugee or to live on benefits.

When large numbers of foreign people arrive, we in a country become concerned about whether our country can afford it and to what extent there would be less of our taxpayers’ money to provide for our own needs. Beyond a certain limit, there is a risk of civil unrest and social tension. This is happening in Germany and Sweden – and elsewhere. We are rightly livid when we hear that they complain about the service, show signs of not being destitute and in need of help, cynicism and then proclaim their intention (whether or not such is realistic) to colonise our world.

My own concern would not be the introduction of several mutually tolerant cultures in a country. If we have twenty different Christian denominations in the little market town where I was born (Kendal), I see no problem with adding a mosque, a synagogue, a Hindu temple and a Buddhist place. We had a visit by a Hare Krishna group when I was at school. They explained everything to us and we said their prayers with them. It was all very odd, but something different. But we do become concerned if they show a racist or colonising attitude towards us. That is where their rights and freedoms end! If they want to impose Shariah Law in France or England, public executions and mutilations that have been abolished since the eighteenth and nineteenth centuries after hard campaigning and political action, we are concerned to keep our humanist and cultural Christian values. Rightly!

As things are, I think the risk of Europe being colonised and made into a totalitarian Muslim regime is exaggerated. I am concerned that people can come and live in Europe without being properly regularised. If I tried that in the USA, I think I would find myself in serious trouble as an illegal alien – nothing to do with my race or religion. If I wanted to go to the USA, I would have to have a Green Card on the basis of a guaranteed income from some organisation that has legal status in that country and that has employed me for a number of years. It is different for political refugees – if they really are political refugees.

We need to relax and take a deep breath. Immigration does need to be controlled by the proper authorities as we would expect it to be if we want to go and live in Asia, Africa, Russia or the Americas. People from Africa, Asia and the Middle East are finding that Europe is going to be more difficult than they think when they will have to pay for their own housing and start applying for jobs on the open market.

Multiculturalism, whether we like it or not, seems set to stay with us, unless we revert to something like Nazism! There are those who talk of having guns and usual “prepper” paraphernalia. We need to be be cautious. Those who take up the sword will die by the sword. I prefer to be out in the country, and consider going somewhere more remote. At least, we need to stay out of the cities, because things could really start heating up.

We also need to be concerned for peace in the countries from which people are being forced to run because of jihadist and fanatical Muslims imposing their reign of terror. I hope and pray the Americans will make peace with Russia and China so that the world can be rid of this new form of barbarianism, and then start rebuilding the waste places so that people can simply go home. If we helped places where people are victims of war and are made destitute, then our countries need to help them and work for peace and dignity for all. It often takes a simple irrigation machine to enable tribes to earn their own living from farming in their own land. That’s what we need to spend money on instead of trillions on nukes and guns! Perhaps a few of us might volunteer and go and help when the fighting and killing are over.

This entry was posted in Uncategorized. Bookmark the permalink.

19 Responses to Multiculturalism and the Immigration Crisis