Sol Invictus and the Rite of Spring 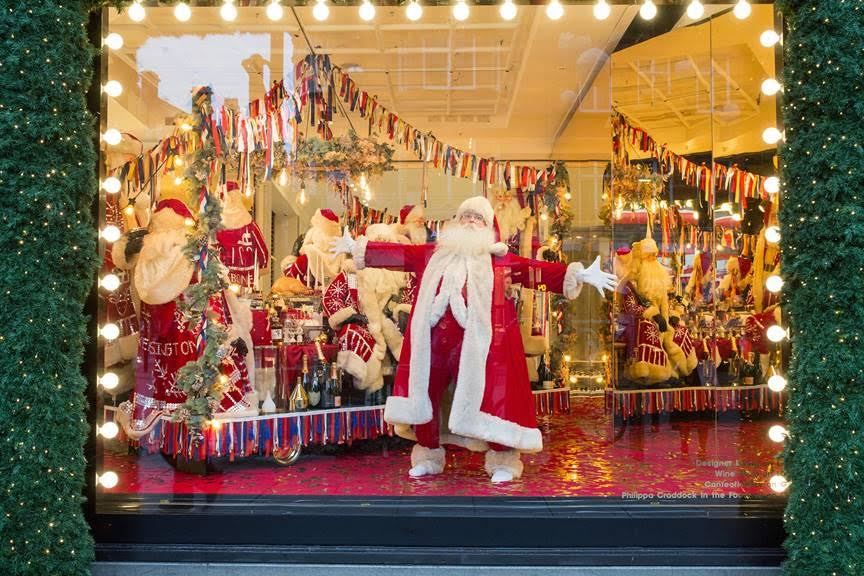 We Christians usually come out with the same gripe each year when supermarkets start selling Christmas goods in October and Easter eggs and chocolate for children are on the shelves before the Epiphany Octave is over!

Perhaps there is something that will put things into perspective and give us more peace of mind. Before Christianity, there were feasts around the winter solstice and the vernal equinox, as there are for the autumnal equinox (harvest rites) and St John’s Fire at the summer solstice. In the early centuries, the Church was able to Christianise these celebrations of the four seasons, and thus to evangelise the population. In recent years, the reverse has happened as Christmas has reverted to its Yuletide origins and Easter leaves place to the rite of spring, of fertility – when it is not forgotten entirely. Going the whole hog, the winter celebration is entirely commercialised and simply brings in money from consumers to business.

The Sol Invictus (“Unconquered Sun”) was a mystery cult in the late Roman empire, instituted by Aurelian on 25th December 274. Some scholars believe there were earlier roots. It seems to have been popular until about 387 but St Augustine still found a need to preach against it in the fourth century. This date of 25th December corresponds with the VIII Kalends of January in the Roman calendar. One very strange thing about the Gregorian calendar of 1582 was keeping the date of 25th December with the two-day difference from the solstice on the 23rd of the month. The whole idea of Gregory’s calendar was to correct the discrepancy between the dates of the solstices and the increasing error factor in the Julian calendar, and I refuse to enter into Old Calendarist polemics.

Why was this date chosen for the birth of Christ? The connection between Christ and the Sol Invictus has been a popular theory, but is far from proven. There is a considerable amount of speculation about the birth of Christ. The Gospels give clues but no real information. Luke and Matthew associate the birth of Christ with the days of King Herod. Luke places the birth during the Census of Quirinius, which only happened ten years later in AD 6 as described by the Jewish historian Flavius Josephus. We have a rough ballpark of the year, which would be 6-7 AD. For the month of his birth, some speculation suggests mid-September to early October. A winter birth seems highly unlikely.

We thus have the use of a pagan feast to be understood allegorically as Christ growing in our lives like the lengthening days after the solstice. The old Roman feast Saturnalia took place on 17 December (old style) and later expanded with celebrations to 23rd December. As was customary in the early Church, the idea was to remove the pagan meaning of these feasts and replace it with Christ. It was very early in the Church’s history when the Epiphany was introduced on 6th January. Christmas became generalised as the winter feast by the fourth century. 25th December also refers to the Jewish feast of the Dedication on 25 כִּסְלֵו (Kislev).

There is another influence in the pagan winter feast, that of Yuletide connected with the god Odin and the pagan Anglo-Saxon Mōdraniht. Christmas-tide came from this influence. Some modern pagans have revived this feast, but our secular feast has retained the yule log (usually a chocolate cake in the form of a log) and the Christmas tree.

Many Christians bewail the reversal of the Christian meaning of the pagan winter feast. Cribs are disappearing from public places. Traditional carols are replaced with songs about Santa Claus and winter in general. Santa Claus is of course based on St Nicholas of Myra, and has been deprived of his episcopal insignia and Christian meaning. We arrive at the modern pagan winter feast. It goes beyond paganism in most of our society, and is reduced to banal marketing and the consumer culture.

Some village mayors here in France have the courage to set up a Christian crib in view of all passers-by. After all, we still have calvaries and statues of Our Lady and the Saints. We should do all our best to be Christian witnesses in all this noise and hubbub of commercial Christmas, Noël, Natale, Weihnachten, etc. It is an unpleasant experience to find supermarkets in full Christmas marketing from as early as October. As the feast approaches, we have Black Friday and the blinding brightness of the lights, tinsel, decorations, packets of chocolates and bottles of booze in special packets. It becomes quite sickening to see the piles of turkeys, many of which will remain unsold after Christmas. From Boxing Day, the first Christmas trees are thrown out of people’s homes, the ageing pine needles having messed up their floors. From January, the first Easter eggs begin to appear.

There’s not a lot we can do as Christians. We have to go inwards as with living our faith in this world in general. The liturgy is of the highest importance with Mattins / Lauds and the three masses: In Gallicantu in the night, daybreak and Puer Natus. The significance of the night is very powerful, away from the drunken parties, for the night has its own sacredness as attested in the writings of mystics like Jakob Böhme and Novalis. The night is a symbol, as attested by Christian mystics like St John of the Cross, of suffering, authenticity, truthfulness, our longing for our return to God. The night is very powerful in Germanic paganism, and was lamented and lived to the full by Von Hardenberg’s Hymnen an die Nacht. It is not accidentally that monks sing Mattins in the night or the small hours of the morning. These hours of darkness and silence are of great importance. The famous German carol Stille Nacht! Heilige Nacht! is full of this symbolism.

Then we have the Officium of the Mass of the sixth day of the Octave (Sunday in the Octave in the Roman rite):

For while all things were in quiet silence, and that night was in the midst of her swift course, thine Almighty Word, O Lord, leaped down from heaven out of thy royal throne.

Thus Christmas is a time of quietness and silence. One of my finest Christmas days was spent alone in that cold December of 1995. I did my duties as a deacon for Bishop Hamlett at his church in Staffordshire, but I was not invited anywhere. I spent the day alone, ate some roast duck and drove up north to my parents the following day. It was at the same time sad but illuminating.

We cannot do anything about the secular feasts, but they are no longer the celebration of the Incarnation of the λόγος of God, that admirabile commercium of God becoming man so that man can become God. We have our churches, our catacombs, our quiet corners in our homes. On Christmas Day, everything is utter silence as people still sleep. Whether it is snowing or whatever the weather is, the silence is deafening as it extends from that holiest of nights. This is the gift of Christmas. Certainly we contemplate the family of Joseph and Mary with the newborn infant, but above all we contemplate a much deeper mystery of the new creation and redemption of the fallen world.

In the meantime, we live through Advent and prepare for that time of utter peace and silence through the great prophecies of Isaiah and the eschatological dimension of our liturgy.

When, therefore, the church year celebrates historical occurrences and developments, it does not do so for its own sake but for that of eternity hid within it. The great deed of God upon mankind, the redeeming work of Christ which wills to lead mankind out of the narrow bounds of time into the broad spaces of eternity, is its content.

Yet this content is not a gradual unfolding in the sense that the year of nature naturally develops: rather there is a single divine act which demands and finds gradual accustoming on men’s part, though in itself complete. When the church year fashions and forms a kind of unfolding of the mystery of Christ, that does not mean it seeks to provide historical drama, but that it will aid man in his step by step approach to God, an approach first made in God’s own revelation. It is the entire saving mystery which is before the eyes of the church and the Christian, more concretely on each occasion. We celebrate Advent, not by putting ourselves back into the state of unredeemed mankind, but in the certainty of the Lord who has already appeared to us, for whom we must prepare our souls; the longing of ancient piety is our model and master. We do not celebrate Lent as if we had never been redeemed, but as having the stamp of the Cross upon us, and now only seeking to be better conformed to the death of Christ, so that the resurrection may be always more clearly shown upon us.

Additional note: Dr William Tighe pointed me to an article, Calculating Christmas, The Story Behind December 25, which does show up a lack of critical thought on my part – by failing to notice that the Sol Invictus feast in ancient Rome was instituted only in the third century. We could almost say that what has happened in our own time happened then: Christian Christmas was replaced by a pagan feast. The 25th December was already celebrated as the liturgical day of Jesus’ birth.

And the pagan feast which the Emperor Aurelian instituted on that date in the year 274 was not only an effort to use the winter solstice to make a political statement, but also almost certainly an attempt to give a pagan significance to a date already of importance to Roman Christians. The Christians, in turn, could at a later date re-appropriate the pagan “Birth of the Unconquered Sun” to refer, on the occasion of the birth of Christ, to the rising of the “Sun of Salvation” or the “Sun of Justice.”

We could attempt to re-Christianise Santa Claus, as is done in some parts of the world where the cult of St Nicholas of Myra is pronounced like in Switzerland, Germany and parts of Italy. But, that is unlikely to have much of an effect on the modern secular Christmas or whatever non-religious people want to call it. We Christians would be wasting our time.

We live in a plural world as at other times in the Church’s history, and life brings us to have a foot in two camps at the same time. I too will certainly have pretty coloured lights on the outside of my home, and we will have a Christmas tree, of which my wife is particularly fond – since she collects decorations and baubles. On my side, I try to keep the prophetic and contemplative notion of Advent and follow the liturgy through to the great silent night and day of the Nativity.

This entry was posted in Uncategorized and tagged Advent, Christmas, Reflections, Spirituality. Bookmark the permalink.

5 Responses to Sol Invictus and the Rite of Spring