Square Pegs in Round Holes 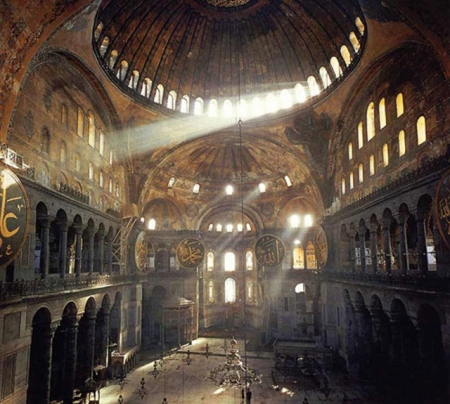 JV who often comments here has written an interesting posting for his blog – Unity or Coexistence? One cannot but wonder if some traditionalist Christians have simply missed the bus. JV is very lucid about these matters like in an article he took down for some reason in which he wondered whether the victory of secularism over Christianity was really due to some deep-seated human need.

We continuing Anglicans often talk about working for unity, both between our respective independent Churches and with Orthodoxy and Roman Catholicism. Our bishops in the USA often hold meetings, and some profound statements have resulted from them. Obviously, the work should continue. I do believe that small churches with a similar vision and body of doctrine can work towards reconciliation and a choice between cohabitation or organic union of some kind.

Uniatism has been discussed ever since bodies of Orthodox Christians united with Rome at different times in history and were allowed to keep their own liturgy and traditions. Anglicanorum coetibus of Benedict XVI, like the Anglican Use under John Paul II and Cardinal Law of Boston, is a practical example of a pragmatic uniate scheme to bring a certain number of Anglicans into communion with Rome for the reason that they could no longer remain in the Canterbury communion for reasons of conscience (ordination of women, homosexuality, etc.). The question of the ordinariates has been discussed more or less exhaustively.

Certainly, things have changed since the early days of ecumenism and the Modernist movement that is so denounced by traditionalists as the nemesis nec plus ultra. The question of Islam is becoming very worrying – the apparent invincibility of Daesh aka ISIS and the atrocities they are getting away with worthy of the Nazis or Hirohito’s empire during World War II. Outside the extremist and terrorist groups, we in Europe are concerned about the numbers of Islamic immigrants and the way they will change everything once they attain a given percentage of the population within fifty years or so. It is a fact that Christianity in Europe, and also in North America, is crumbling away. Christianity can no more live in post-modern culture than a fish out of water.

Were that men of the Church were truly modernist! These words put it so succinctly:

The early 20th century, however, benefited from the influence of modernity in that there was an intellectual environment that encouraged contextualization and the conviction that one is not necessarily bound to the conventions of a previous era. Modernism, like most philosophical systems before it, at least offered one item for assimilation by Christianity – the appreciation of historical context and the reasonable limits of said context on the present.

The train has left the platform and the traditionalists are franticly asking railway workers the time of the next train. There isn’t one.

The ordinariates were hailed by some to be the fruits of the ecumenical movement, since there have been no successes between Canterbury, Rome and Orthodoxy. Indeed, uniatism tends to be an obstacle to dialogue between Orthodoxy and Rome. The big problem, especially between the “two one-true churches” is that one has to give way to the other, accept the ecclesiology of the winning church and submit its clergy to its selection and training system.

I appreciate the distinction between organic unity (the “losing” church surrendering and converting to the “winning” church) and coexistence. That is largely a moot question in an age when the governments of the entire western world are secular and care little for religion provided that it doesn’t break the law or disturb public order. I have lived in small northern English towns where no two churches were of the same denomination. In Kendal where I was born, if I recollect: there are three Anglican churches (low, central and moderately high), one RC church, one Methodist chapel, one United Reformed church, Society of Friends (Quakers), Unitarians. As a teenager, I spotted a sign to a Christadelphian church, and there are independent American-style Evangelical groups. What I have dubbed as “Christian islam” is doing quite well on account of its simple message. Kendal is a small market town of about 28,000 inhabitants. Coexistence? It is the de facto situation between Christians since about the 1950’s, at least in England.

Small churches like ours still has difficulty in being respected as a bona fide community on the level of the Methodists or the URC’s by the Anglican establishment or the RC’s. As a TAC priest, when it looked like we would be taken in by Rome lock, stock and barrel, I was constantly invited to be interviewed on the radio in France, asked to attend conferences and meetings. I was almost the star of the moment, but it didn’t go to my head. I was expecting what happened. Archbishop Hepworth’s bluff was called and he was discredited, and I went elsewhere after a time for discernment. I ceased to exist.

It is amazing to see Christians wanting the downfall of other Christians, in a world where the “winning” Christians are going to have a very hard time. I am not one of those who sees conspiracies under the bed or goes along with the “prepper” agenda, but there are concerns. There is the old fable about Constantinople when the Muslim invaders were ransacking the churches like Daesh are doing now in Syria and Irak – the theologians were discussing the sex of the Angels. The story is generally accepted to be untrue, but it teaches the same lesson as Nero fiddling while Rome was burning. Our world potentially faces the end of capitalism and an economic collapse, World War III and the spread of Islamic totalitarianism. That seems to put things into perspective for us.

We can’t do very much about the world, but we can see about our own intellectual and spiritual health, the quality of our own belief in Christ and commitment. That seems to be where it all begins, with ourselves.

1 Response to Square Pegs in Round Holes